the 90 imps are the minions of Master 98. they are nothing more then typical red colored imps with nothing to defend themselfs but Pitch forks. they were orginally set to appear in the season 1 finale special, Wrath of Master 98, before evental cancelation. it's not known if they're dark spawn, but it's likely that their non-dark spawn, due to their highly less imtimidating size. it's possable that some of them are idiotic, with one of them having his tonge stinking out. they are lead by the alfa Imp, Salo-Knal, or by what Master 98 rudely re-named him, Simp Imp. Thankfully, they and their master will have their appearance canceled due to Scroopfan changing his mind about the whole thing. 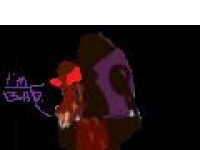