Discord has ended up getting a rather rough visit from Grand Vizier Stiff-Lips who had heard about his little stunt in A Matter of Principals, Tampering with the Cutie Map, Screwing Around with the School, causing a random pony to be trapped in sub-zero gravity that had to have the Lougers involved in helping that pony, momentarly freeing one of the Bug-Animals from Tartarus that Bon Bon recaptured, and above all endangering and/or harrassing the students, Stiff-Lips was not afraid to be very scornful of Discord! With his highest degree of powers, he sentenced Discord to not only an extended sentence, but he also sentences Discord to become a student of the Friendship School until he becomes a friend to all the students, of which Discord protests cause not only is he beyond too old for the school, but is already learning friendship without it, but Stiff-Lips proved to be a firm fucker and cursed Discord into being a child again so it would be more "Thematicly Approbeate" for Discord's attendence, as Stiff-Lips leaves statisfived of what he had done. Thus, a younger discord broke into crying that gotten the students sympathy, and understanding that Discord isn't entirely a dick. Thus, while The Main 6 go off to confront Stiff-Lips and convince Discord's parents to beg for a more lenient punishment (That also disincludes the School for obvious reasons), Starlight is left encharged again as the shcool is fully sheduled for a simulated friendship problem the students will need to learn to fix, this time with the inter-racial staff helping since they were taken to an intergalatic fieldtrip with Professor Buzzord that had Shore, Skyceria, Quartz, Gaster and the Clone 6 taken to learn about space and alien cultures. Even with some hesitation, the students aim to give Discord another chance after how roughly Stiff-Lips treated him. But things take for the turn of the crazier when Deadpool shows up and basicly wants to be apart of the school! It turned out to no ones surprise that he tattled on Discord about what happened because this is CLEARLY gonna be Deadpool's turn in having his crazy touch into the school, of which Starlight, Spike and the non-pony teachers wisely refused his partaking, espeically when he started to do stupid things in alou to Discord's shenanigans, along with his own stupid actions like breaking out prisoners from Prison 42, Oranos and Tri-Cornkatraz for the sake of having them as practice dummies, of which lead to Deadpool to really cause some trouble. Then Deadpool starts distrupting classes like Discord, but then things get serious when come gym when he unleashes an Indoraptor onto the students that almost got them hurt had it not been for Starlight's intervention, of which Starlight angerly blasted Deadpool into pieces, which she had to ensure the students that Deadpool is pretty much unkillable. But on the time where it is time for the fixing of Simulated Friendship Problems, Deadpool comes back and tampers with Professor Buzzord's machine and has it that some of the Lougers' roughest monsters, Jigglodon, The Mutanted Old Skeetrazoid Queen Jerrinna, Goliath, The Cybersaurs, Qui's Plunderweeds, Celery Salad and her Vampony army, Lamistan, Heartless The Night Fury Under Kingdom Hearts Corruption, Jun-Galax-Tai-Ma-Rek, Zarfmir, The Equestrian Heartless, Dark Shen, Freddy Fried Khicken, Bertha and the Worms, The Corrupted Great Horror Oak, The Corrupted Devourus, The Bug-Animals, Krytonia's Xenon Clones, Overlord Strangle, The Savaged Mutants from The Uniter Chosen, Master Equinox, Lord Corruptus, Mothlock, Magmatacus, Healthy-Lunche, Mane-Feather in His Monster Form and Geoatoa, The Monsters from Draconequui Wonderland, Segrego Tempestuous's Rage Form, and pretty much every-video-game-bossifived villain from Vi-Tor Gets Real and the Monsters from the Pixel Wasteland. Not only does Starlight need to stop this, but she also needs some extra help from the Shell Louge Squad who were just managed to rescue the zero-gravity pony mascot and now arrive to see an onslought of their toughest monsters let loose onto the students done so by an envious Deadpool. How will this play out?

The Badlands Bar, the same one from Friendship School Masterful, Sometime during the events of A Matter of Principals

After Snoutface's piece, Deadpool Started to sing this song as he and the female Bounty Hunters started to kill off Stabface's remaining gang, as the false Gang Member got reveiled as a Chufhulu-Like Squid-Bug alien, to Stabface's shock as he gotten another stab in the face by Deadpool which started the fight. 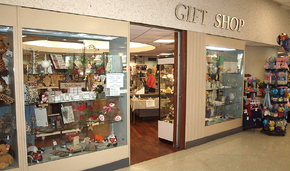 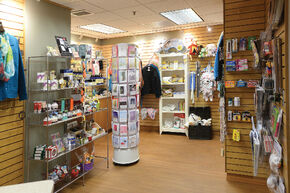 THE HORROR?!
Add a photo to this gallery

Spiracle's Classroom, The Next Morning...

Chapter 3: Deadpool The Class-Ass Goes One Indoraptor Attack Too Far

Outside the Friendship School.

A Quiet Part of Manehatten.

Retrieved from "https://spongebobandfriendsadventures.fandom.com/wiki/Deadskool?oldid=174315"
Community content is available under CC-BY-SA unless otherwise noted.