Start a Wiki
Gazellian 'Gazielle' Chu is a gazelle from DreamWorks China who was a former student of the Soothsayer before Shen's banishment. However, she eventually left to pursue a different destiny in the form of a secret order of fighting monks that served in secret to the High Council, but eventually she learned that she couldn't control bizarre dreams like getting involved with the Shell Lodge Squad, and she eventually reunited with the Soothsayer, and helped the Lodgers during the events of Spongebob and Friends Meet Mulan 2 while catching up with Soothsayer. Ever since, both she and the Soothsayer have kept apart for a long time now, but they had kept in touch. 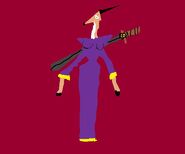 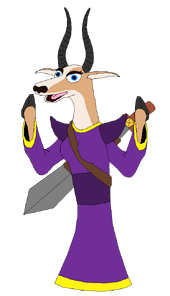 Add a photo to this gallery
Retrieved from "https://spongebobandfriendsadventures.fandom.com/wiki/Gazielle?oldid=112015"
Community content is available under CC-BY-SA unless otherwise noted.