Start a Wiki
The Heroes Act is an operation in the Alternate UUniverses, made by the AUU Grand Council in order to search for heroes to battle the evils of the Villains Act. During it's creation, very few heroes were found. In only 5 years, they found only 2 heroes. The process of finding heroes was so slow, that the Council knew that by the time they had enough, it would be too late. But soon, the Shell Lodge Squad came along. After aiding Xandy on her quest to defeating Xerxes XX, they called all the heroes of their UUniverses to help destroy the Villains Act, and it was a success. After the victory, the Alternate UUniversal Grand Council decreed that they still needed the Heroes Act to keep history from repeating itself. So, they continued searching for heroes, and they found 2 more heroes. But they needed more than that, so they continued searching for more heroes until they had enough to protect the UUniverses.

During the Villains Act

The Heroes Act's progress of finding perfect heroes during the Villains Act was incredibly slow. The Grand Council was attempting to build an HQ for the Heroes Act's heroes if some should ever be found. The Villains Act became a problem with this because every time they attempted to build one, they winded up getting destroyed by the villains. From 1999-2004, only two heroes were found: Aurlena Fists and Zosimo the Smart. Until a base could successfully be created for them, the two heroes stayed in a hidden warehouse. The Council was at a standstill, because they knew that by the time they got enough superheroes, they would be too late. Millions of communities have suffered under the Villains Act's rule. Many worlds were taken over, and only 25% of villains were defeated by heroes that have not been heard of by even the Grand Council. Then, in 2010, the Shell Lodge Squad came out from the Original UUniverses, and learned of the Villains Act's control over the Alternate UUniverses. They agreed to help, and after aiding Xandy Wargander and Magnum the Great on defeating Xerxes XX, they gathered up all of the heroes from the Original UUniverses, and together, they brought the Villains Act to it's knees.

After The Fall of the Villains Act

Heroes in the Heroes Act are arranged into 3 different classes. Heroes that have joined are organized by experience or what kind of weapons they primarily used or knew how to use. Class I Heroes are nicknamed 'rookies', meaning that they are basically recruits that are fresh, new, and have the least experience in combat. Class I Heroes are allowed to only use Class I weapons in the Armory such as pistols, submachine guns, handguns, Class I explosives, and non-energy blade weapons. Class II Heroes are middle-class rankers nicknamed 'rankers' that have the 2nd least combat experience. The experience allows them to accurately use Class II weapons such as assault rifles, shotguns, sniper rifles, Class II explosives, and non-energy melee weapons like spears, staffs, axes, and so on. Class III Heroes are nicknamed 'true heroes', and have the most experience of any Class I or Class II heroes. They are allowed to use all forms of weaponry including rocket launchers, grenade launchers, high-powered energy weapons, miniguns, and energy melee weapons. 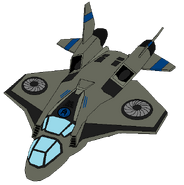 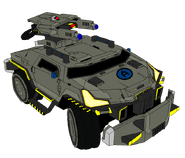 Mk. XI Exosuit with Grappling Hook
Add a photo to this gallery

G5 Survilence Drone
Add a photo to this gallery

Medical Lab
Add a photo to this gallery
Retrieved from "https://spongebobandfriendsadventures.fandom.com/wiki/Heroes_Act?oldid=174140"
Community content is available under CC-BY-SA unless otherwise noted.