Start a Wiki
Jiku the Fossil, nicknamed 'Fossil', is a Japanese frilled shark that use to serve as a high-rank commander in the Shinto Bottom Defense Force. Now he's a known wrestler. But be careful! When you call him ugly, he'll rip you to shreds!

He appears in the SpongeBob and Friends Chronicles episode "Boxing Out, Man!", where Icky owes an ant queen a large amount of money for a loan, and makes Shen compete in a wrestling match to get the money.

Jīku was born as the son of a Sargeant of the Shinto Bottom Defense Force in the Japanese Coast. His father, Sgt. Sāberu, was one of the most ferocious leaders in the Japanese military. He showed no mercy to his victims, and won a fight with an iron fist. Sāberu knew his son would be as successful as him someday. Once Zeke matured, he was already successful, and won 5 battles in a row.

Then one day, during a civil war with the Japanese seas and the Chinese seas, Sāberu was killed after being bazookaed in the chest. Sāberu's dying wish was for Jiku to take his place as Sargeant of the Shinto Bottom Defense Force, and avenge him. Jiku, having been heartbroken, proved himself an excellent leader in his anger. He led the Defense Force to blow up the Chinese forces, and brutely succeeded. After his success, he was thereby made an official sargeant.

After his iron fisted, but nonetheless still fair, term lasted for 20 years, he was discharged after breaking his back in his growing old age in the battlefield. So he got a job as a wrestler, and became really famous. He proved to be a top champion. Whenever he is called ugly, like he was when he was younger, he gets angry like Pumbaa does when he's called a pig, or when Po is called a big fat panda, and he begins a major beatdown by punching his opponent 5 times per second, taking down the challenger very quickly. So be careful! Zeke's fight-promoter is an amoeba who had been made large by an engorging ray. With the amoeba on his side, Zeke's the top wrestling champion in all of the UUniverses.

The Interaction with Shen and Zeke. 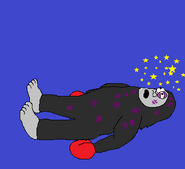 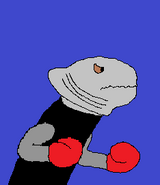 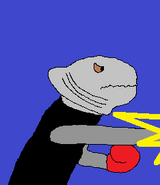 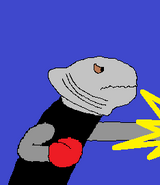 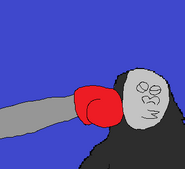 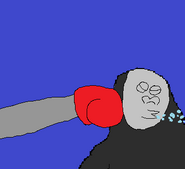 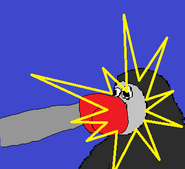 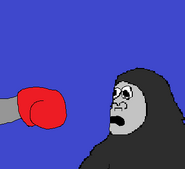 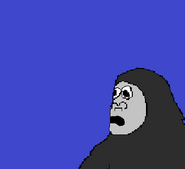 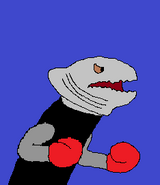 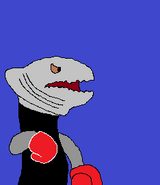 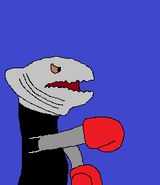 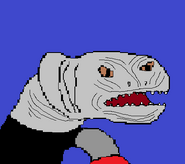 "Shouldn't have done that!" 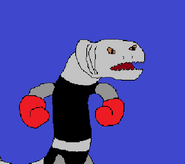 "Are you talking to ME?"

"He called him ugly!" 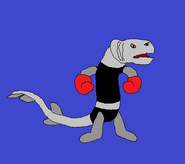 "Are you talking to me?" 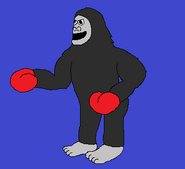 "Hey, ugly! Drop dead like all your great dino-ancestors!" 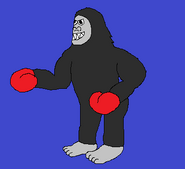 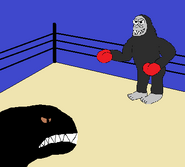 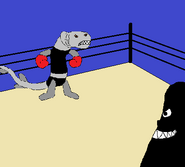 Add a photo to this gallery
Retrieved from "https://spongebobandfriendsadventures.fandom.com/wiki/Jiku_the_Fossil?oldid=111982"
Community content is available under CC-BY-SA unless otherwise noted.