The Citidelians are the Cosmic Citidel's native outer god defence force that protects the cosmic citidel from defectors or devients from trying to make an attack to the ever impourent cosmic capital of the Multiverse. They have weaponry buildt in the same way like the Sleep Reapers that send attacking defects and devients straight into the Hybernation Realm disapating to nothing. They thus serve as the cosmic citidel's law and order for the capital of the Outer Gods, which also serve as a police force and peacekeepers in times of cosmic disagreements and are espeically previlent in Outer God Trials as Baileffs that would be able to prevent escapes. The Citidelians are heavly obedient to the Citidel's choosen Outer God representives of all flavors and are silent obedient constructs made from cosmic light energy that only understand preserving the Grand Design and The Multiversal Hierarchy, assentually being cosmic automatons. 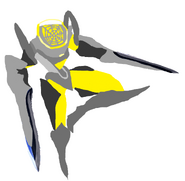 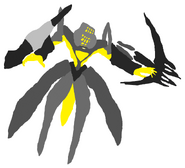 Citidelian Pugulist
Add a photo to this gallery
Retrieved from "https://spongebobandfriendsadventures.fandom.com/wiki/The_Citidelians?oldid=171720"
Community content is available under CC-BY-SA unless otherwise noted.