Start a Wiki
The Dark Trinity is a group of rouge alien criminals from Futurasia which are dedicated to a sense of honor, though rather twisted and askew, and the security of Futurasia's technology since they believe that Futurasia sharing it's technology to worlds not yet properly or responsibly ready for it. Because of lack of strict enough rules about introducing technology to less-advanced worlds, they believe that Futurasia is causing more harm than good, and they went out of their way to make their examples known by sabotaging that tech to prove a point. While they're technically right about this since it is a well-known law in the Galactic Federation, they're guilty of trying to get their point across through extremely dark means, even if people ended up getting killed or ruined for their actions. They admit no proudness for their actions, but accept them for it gets their point across further. Yet the Futurasian goverment and the Magellan Cloud Core doesn't appreciate their stunts and have been made extremely wanted to every known alien police force and military across the UUniverses. Their talents would make them an interest for Don Slime to include in his revenge quest against Senator Tricorn. 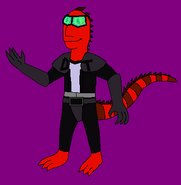 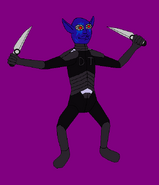 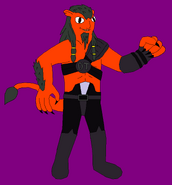 Zimba the Invincible
Add a photo to this gallery
Retrieved from "https://spongebobandfriendsadventures.fandom.com/wiki/The_Dark_Trinity?oldid=135355"
Community content is available under CC-BY-SA unless otherwise noted.