Tigress is beginning to find strange clues, ironically through Zan, a duck and one of the adopted royal family members of Kun Lao who is now grown up and a good friend, of whatever became of her parents after that fateful day she was left at the orphanage and adopted by Shifu to control her strength and ferocity amongst her fearful peers. Being secretive, she went on her own, unaware Zan was following her, to discover about this more. She found out that her father had a dangerious enemy in the form of a treacherous, feared, vicious, and utterly abominable tiger warlord named Khan Fum, who has been known to be a bruiser and grudge-holder that punished those that onced sevred his army of fear, but forsaken him because of Khan's madness. In his time, Tigress's father once served him, but left his army to marry her mother, choosing that a life serving a warlord was not worth it if he had to be with the one he loved, but once they gave birth to Tigress, Khan discovered this and killed them both in cold-blood after Tigress was left at the orphanage. With Khan undeservingly still alive, she swears to hunt down Khan and bring him to justice, and yet she falls into a trap. Khan captured her and explained that he set up the traps and clues to lead her straight to him, as he has been searching for her since he learned of her existence, nt expecting that she was, of all things, Tigress of the Furious Five, meaning that he had a lot of beef on his hands, especially when he was planning to turn her into his warrior queen, and hoped she wouldn't learn too much of the truth on her journey. Thus, with her knowledge, Khan has to use his stolen technique of the Fluttering Finger Mindslip to brainwash her and turn her into his bride. Thus, Zan warns her friends in the Lodge, and thus they intend to prevent that from happening, and finally get long overdue justise for Tigress against Khan Fum.

Tigress' Past Flashes Before Her Eyes 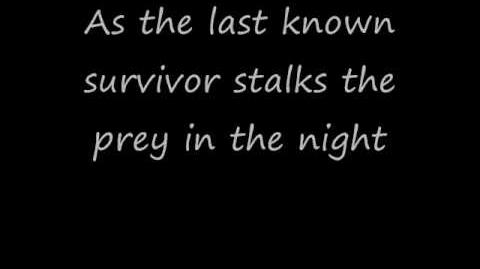 Lion King - Simba Vs Scar (Edited and Extended)
Final Battle Against Tigress and Khan
Add a photo to this gallery
Retrieved from "https://spongebobandfriendsadventures.fandom.com/wiki/The_Paw_of_Fate?oldid=139334"
Community content is available under CC-BY-SA unless otherwise noted.