After being defeated by the Lodgers and the Heroes Act, Jaxtom has escaped from the Beofynzeny System with only a handful of his power left, as well as a large U-shaped scar on his face inflicted by his battle with his daughter, that requires him to wear a synthetic mask. Now, he has one hope left of rebuilding his evil empire. And that's with Roboface, who has wanted to aid him since the Loadsby Squad dumped him. Thus, he helps him get much, yet not all, of his power back, and he proposes a plan that is hidden on the moon of Snao XXIII, as CrimeTech, in it's Villains Act days, snuck there and desperately searched for something that he found first: an entire reserve of Uridian DNA created in the case of de-extinction, yet were all killed by the native wildlife later on. He had it under his guard for a long time as a last resort project. Thus, with their combined efforts, the two use the Uridian DNA to step up their game and create their brand new guild, the U-Surrection, which consists of the U-Soldiers, which are combinations of robotic technology from the Armatage and Huncus Corporation he was fortunate enough to lock away in a hidden armory, digitally-synthesized Gruid clones, and Uridian DNA. The result is soldiers that have the versatility of Gruids, the phase powers of the Uridians, and the weaponry of the rival companies, plus smuggled U-Weaponry. Thus, with a new threat to the AUU, Jaxtom now plans to reclaim the Beofynzeny System with his new power, especially when the U-Soldiers distract the heroes enough to get them away from the creation of something big. The attacked Lodgers and Heroes Act now have to stop him, but don't find it very easy as the U-Soldiers prove to be more coordinated and powerful than the average Gruid, as they lay waste to many cities including the megalopolis of Chanceltown and many other prosperous cities. As a result, they are forced to retreat and come up with a new plan with Jaxtom's formerly-enslaved daughter and newly-declared Censen Phage, Wenby, yet the U-Soldiers are able to use her unfathomable power to their advantage by overloading her powers with a drug, turning her into the Phagetom, which distracts the heroes further. In order to get answers on how to beat this new threat and cure Phagetom, the Lodgers and Heroes Act must seek out more clues with the Vault Seekers, as they discover that one Uridian, the Uridian Phage known as Demiurge, is still alive as the rumors of her phase powers giving her immortality were right, as she reveals that she was watching over the Snao XXIII Uridian specimen reservoir and guarding it under Jaxtom's watch, and says that he plans to unleash power from an enemy she faced long ago from one of the 88 Vaults that is currently located in the Krooger Wastes of Planet Cquirion, as the Uridian Vault is built on a giant combat arena that shares similar, if not identical, technology to the famous Holodome on Planet Hoole. After getting details of the arena's founder, Master Krooger, by the Holodome's founder, the Holomaster, they must find a way to get whatever sensitive power is within that Vault before Jaxtom does, and the best way to do that is make Wenby stronger. 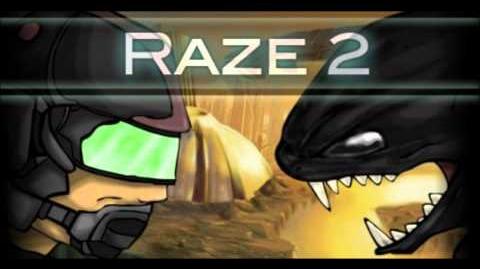 (To be further added after some things in the Powers that be Awesome episode are futher addressed.)

The Holodome/Holodome Training With Demiurge

Retrieved from "https://spongebobandfriendsadventures.fandom.com/wiki/The_U-Surrection?oldid=164869"
Community content is available under CC-BY-SA unless otherwise noted.