Start a Wiki
Thunderclap and his Dactyls were a gang of Exetremely carniverious Pterasaurs that are a group of nasty scavengers hailing from various species of pterosaur, all named after a storm aspect. They are the antagonists of the Disney/Pixar film The Good Dinosaur. 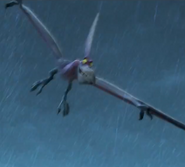 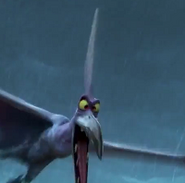 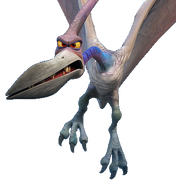 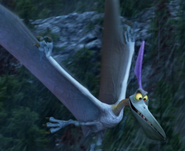 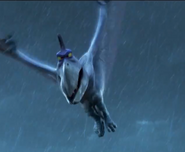 An exsample of the Dactyls working togather (also back when they were just predatoric.)

Thunderclap on the defencive.

Not one of Thunderclap's better days.

You have to admire the guy for being persistent though.

Full Image of Downpour.
Add a photo to this gallery
Retrieved from "https://spongebobandfriendsadventures.fandom.com/wiki/Thunderclap_and_the_Dactyls?oldid=133593"
Community content is available under CC-BY-SA unless otherwise noted.