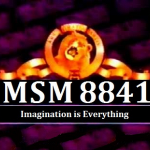 Wow, so you finally cleaned up your talk page, huh? MSM: Yes. I've been getting new messages and for some strange reason, there was none. So I decided, to heck with it, time to refresh the talk page. Good on you.

X-OvrLuvr: Just a heads-up, MSM. Not that I don't appreciate the clever design of Red Diamond, but... When I said you could make Steven Universe OCs with Gemsona Maker, I didn't mean you could trace over it with MS Paint.

But I should allow you to take creative liberties, and that's no shame.

MSM: Well, Gemsona didn't offer much to work off, so I had to take it to the drawing board.

X-OvrLuvr: That would explain it.

This is what Devontae looks like? Not that I don't like it, but he looks so different from the appearance I'm planning to give him in PTE.

MSM: Eh, you can change this up yourself in your own series.

MSM, In light of, radical controversies centering around cops, I am requesting for the UUPD characters to be given uh, non-cop looking redesigns.

What kind of controversies?

Do I SERIOUSLY have to spell it out?! Don't you check up on the news?!

Not exactly the news kinda guy. Looked it up. You mean that Atlanta shooting or something?

Ugghhhhhhh!..... To put it lightly, ya know how Ducker complains about cops being synonymous with racism? Well the controversy gotten at it's most ugly in an event in Minneapolis.

To be fair about the thing with getting Rav's origin story confused, you didn't gave exact dates, so far as I was concerned, all that could've been happening all at once.

MSM: Yes I did! It was all on Rav's page. Did you not read that part?

I meant on the ACTUAL episode, MSM! That's something that should've been addressed on the episode FIRST before you update a character history! Because A, Rav's page is not linked on the episode, and B, not alot of people would think to check a character's page for that kind of infomation when they want to read a story!

Okay fine, just because to give an actual chronological order, okay? Alot of those characters are your idea anyway, I meant for that episode to just be about the Scys and Dr. Sayus Mayus Dayus. So OBVIOUSLY they're abit foreign to me!

MSM: Well they ARE based on the explorers of the notes of Ark. But yes, your point is noted.

Do you want me to take out this image for you or what, cause it's not with the others on Jaxtom?

MSM: Oh, it was a mix-up. It's SUPPOSED to be the A-Sentinel General. I'll fix that soon.

X-OvrLuvr: Hey, MSM, a moment of your time?

X-OvrLuvr: I'm doing a Short on PTE that involves some Gem OCs I've created for the series, and i might need your help. By the way, I'm not at the Steven Universe Movie yet.

MSM: Well, what do you need from me? Plus, you seriously haven't seen the movie yet? Given you're into SU, I figured you'd have seen it by now.

X-OvrLuvr: No, no, no, you misheard me. I've seen the movie and the entirety of Steven Universe Future. What I meant was I'm not doing a moisode based on the Steven Universe movie until a certain point, and I may need your help with this recent chronicles short.

MSM: Okay. So, yeah, I can help you out. Just been busy playing ARK.

X-OvrLuvr: That's what Scroopfan said you were doing. But don't worry, I actually got it covered.

Good news, MSM. Kipo Season 3 is closer then we think, and it looks to be BIG!

I saw this link on YouTube, I'm surprised I didn't notice it was the Season 3 Trailer, NOR did I expect it to be the final season. Luckily, that factoid gives US the freedom to expand her world lore.

Scroopfan: Hey, at least Rotteen is more 3 dimensional than what you're going for with RD!

X-OvrLuvr: I'm working on it! I'm already having enough problems with my Princess and the Frog episode.

Retrieved from "https://spongebobandfriendsadventures.fandom.com/wiki/User_talk:MetroScreamingMayor8841?oldid=180810"
Community content is available under CC-BY-SA unless otherwise noted.