Start a Wiki
The Villains Act is an infamous villain empire from the Alternate UUniverses that are responsible for a 14-year period of villain warfare and destruction as there was hundreds of villains and less heroes. Heroes won 25% of the time, and villains won 75% of the time. But aside from that, it's mostly one-sided, and the villains are the side that ALWAYS wins. Though it will later be known that their main intention is to fight against the unfairness of the majority, meaning that it's a faction meant to liberate worlds from an over-pwered majority in faver of the minority, hence why their creed is commenly "To help the minority against the majority", which in term kinda gives them a sympathic edge over their ironic name (which was the point of it in meant to be ironic to those that disagree with them), their methods to do so and who they include will easily mar it to the point that their name, which is meant to be ironic on how the "prosicuted minority" are viewed as villains, ends up looking like an intentional name sake with no attempt to hide who they are and who they may as well be reguardless, helped little that less then enlighten members even embrace their dark nature and further encourage the marring of their ironic well meaning goal. In their commen sake for the persuit of power and self-entitlement in against the goverments and likewise forces that never supplied it to them, whether justifyable or legit act of unfairness, many wars caused millions of lives to be lost, as well as the capturing of many countries and planets. Villain buildup that started the Villains Act took only 10 years, shorter than the time it took in the Original UUniverses. The Heroes Act, meant to search for heroes in the Alternate UUniverses and make them join forces, was meant to counteract this threat, but it was a very slow process. But when the Shell Lodge Squad arrived, they managed to take down the Villains Act, and destroy almost every villain in it. However, many villains survived, and are either planning revenge or are locked up on the prison planet of Oranos.

The History of the Villains Act, the origins in general, is something that is often of huge debate and rumors and there's no current precise origin. There are only theories on how it came to be. The history is so unknown and unclear, many people just assume that it just, appeared literally from nowhere like magic. There's also so many founders that there's no direct one proven most responsible. Some say Darkness Qui is the main founder. Others claim it was a powerful un-banished demon from long ago. Conspiracy theorists say it's all the fault of the AUU Grand Council and that the Act is made up by them to shown they can do everything when they can't and their attempt ended up going out of control. Officially, there's no DIRECT history or official confirmation of the Villains Act, and many just accepted that it's just something that just happened without a reason and it would be fruitless to figure it out. So few would attempt to make a clear, cohesive, explainable origin of the VA. Among them, is Dr. Jenalubla, a criminologist and criminal scientist. His research however, is deemed controversial and thus, is unfunded, and he has little progress made since he can't go to Oranos to interview the VA members, and attempts to review the ones uncaught are either fruitless or dangerous. However, when certain events in the Chronicles series come, like a reveal of a "Dark Founder", he would soon enough be able to make a confirmable history.

The best that everyone can guess is what the rest of the currently unknown founders want them to think is that a rogue Zewinsaur named Darkness Qui has founded it because of a tragedy in her life. Qui (claimed) was born to a priestess mother and a royal guard father, both under the service of the grand Zewinsaur Elders. She was only a yearling during a devastating feud between rival Zewinsaur tribes, her tribe and the one of the Southern West. The violence lead to her father's death, and her mother kidnapped to become a sex-slave. Her father's last words were "If you ever get the chance to gain the power to punish all of your enemies and avenge our family honor...do it!...". She ended up being raised by the Zewinsaur monks after the tribe feud was brought to a powerful end, but her mother was long lost. She was trained in the Zewinsaur ways of peace and tolerance, something the Grand Elders always had established between all tribes, and what was used to end the war. The ability to manipulate a multitude of elements, was only so satisfying for so long for Qui thar she wanted revenge on the tribe who took her mother, and her father's life. Secretly, she began to turn to forbidden arts of dark magic, and after learning enough, proceeded to rescue her mother... Sadly, she found out she was long too late, and her mother died of being mated with too much, and was long buried in South Tribe grounds as a way to apologize for causing a feud. Qui, in a fit of heart-broken rage, decimated the entire Southern West tribe, and barely left any survivors capable to be a threat. She had the decency to spare the elderly and younglings, mainly because her carrel was with the Chieftains responsible for making a war, and the tribe's warriors and any of their young and capable families. She threatened to ensure no survivors remain if the next generation dared to threaten her tribe again, with this, the traumatized children bowed to her demands, especially the Chieftain's young prince. However, Qui's victory was bittersweet. As punishment for her actions, The Grand Elders cursed her into a sleep. She was stuck in this sleep until the secret founders of the Villains Act revived her, and asked her to become the new leader. She had accepted, and eventually, the rest is history. Trouble is, later events would expose this to be a made up fraud by the VA to cover up her true origins, shattering what was known, and making it a mystery again.

This is the true history and origin of the Villains Act that not even the highest ranking VA member realized had happened and think they were the ones to make it happen. And if everyone ever discovered this truth, it would make them question everything they had ever known, causing major, major controversy, and massive debates would erupt.

It actually started because of a corrupted machine-like god called an Amoral, the creator of the AUU known as The Grand Fate Master. Back then the AUU did somewhat behave like the Original UUniverses, only it barely had heroes or villains. Because the demons here were easily defeated unlike the Original UUniverses, under the control of The Grand Designer, there wasn't many corrupted mortals everyone was aware of. There was conflicts and some self-corrupt villains, but they were defeated quickly. Technology was at it's most advanced, and aside from at least a few wars, it wasn't anything that would cause villain teams like in the Original UUniverses. That was when the Grand Fate Master started to become bored of this. He decided things would be much more interesting if the villains had won a lot more than what little heroes exist. But he knew that like in his cousin's UUniverses, heroes are easily born and made from a villain's chaos, and wanted to make sure something much different applies here. And he gets it in the form of a surviving un-banished Polyzoon god named Faethos, the Invervitraxian spirit of victory and the defeat of battle. The Amoral indirectly made Faethos discover the other UUniverses by accident, and inspired him to make the Villains Act to see various battles in the Alternate UUniverses. However, the Fate Master knew Faethos, by no means, had any truly malevolent intentions, he merely sought to add excitement. The Fate Master ensured prior that Faethos' magic was too corrupt that it only made villains, and Faethos didn't realize it before it was too late that he has put many lives in danger since he founded it, and discovered too late that his powers were too dark due to his inheritance of a race being traditionally evil (Which favored the Grand Fate Master greatly) that it's mostly villains that popped up more, and disasters followed. Because of this, Faethos became afraid of the controversy that followed, and looking at a great punishment, so he had to be a mysterious monstrous master of evil that supposedly died or was nothing but a myth, and to ensure the other founders did not even know of him so only they would take the fall, leaving him to spend eternity to live in shame, fearing this would never be resolved or that it wouldn't be stopped until too many lives are lost, leaving full control for The Grand Fate Master, who he became far too favorable to strictly the villains of the UUniverses he created. He even gave himself an organic physical form instead of the traditional Amoral form so he can enjoy his work unfold, as another supposedly "Unknown Founder", even if it meant letting the weakling Faethos and those unworthy fools take credit for his true importance. He had ensured any hero would either die or would be too insignificant against the overly-powered Villains Act. In a way, he's the "True Dark Founder", and technically responsible for the misfortunes of everyone, even Quidilian, who he didn't have a lot of involvement or direct control on, it was mostly the doing of his unaware "Founders". His paradise for villainy was perfect, and would last until a very, unexpected event concerning some VERY uninvited guests.

The Beginning of the Era of Tex

The End of the Era Of Tex

The Twilight Years of the VA

Since the Villains Act's downfall, there was a huge villain crisis. Villains that worked for the Villains Act have started losing their edge due to their unexpected downfall after so many years, leading to new and original villain teams that want to take their place or even bring it back at a better pace. With new villain opportunities, and with the Villains Act's majority falling apart, there were some who wanted to become much better and not be as incompetent. However, the Villains Act would later be erased from reality, and give way to either new villain teams or independent villains who remained unaffected due to being non-Villains Act villains, and being more competent and determined for a goal of conquest. Some villains, as a result of this change, could be resurrected and be back for more. 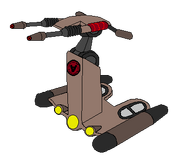 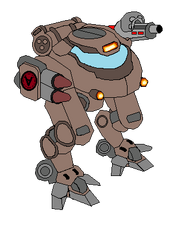 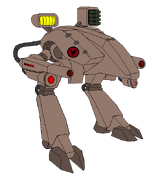 SCAD-33 'Scad' Aerial Combat Drone
Add a photo to this gallery
Retrieved from "https://spongebobandfriendsadventures.fandom.com/wiki/Villains_Act?oldid=173028"
Community content is available under CC-BY-SA unless otherwise noted.